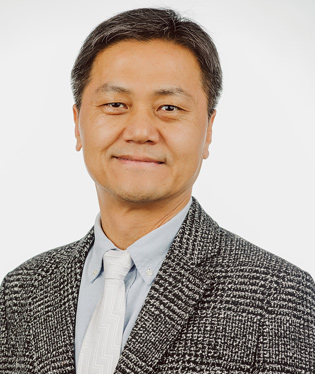 Professor Ahn received his PhD in World Christianity from the University of Edinburgh in Scotland, and Master of Divinity in cross-cultural studies and Master of Arts in intercultural studies from Fuller Theological Seminary in the US. He has diverse ministry experiences as a missionary, ordained pastor, theological educator, missiologist and mechanical engineer. He has extensive intercultural mission experiences at diverse cultural and religious contexts, and served local, international and refugee churches as an ordained (Presbyterian) pastor in Asia, Europe and North America for over 15 years. He taught World Christianity and intercultural studies at higher academic institutes in both Western and non-Western countries. Prior to Gordon College, Dr. Ahn recently taught as a visiting scholar at Free University of Amsterdam in Netherlands, and served refugee, diaspora and international churches in Europe. As a missiologist, his special field lies on the globalization process of Christianity into diverse socio-cultural and religious contexts, with a focus on the problems of translating Christian concepts into local languages and cultures. He also worked as a research mechanical engineer at the R & D center of Hyun-Dai Motor Company with his B. S. and M. S. degrees. His passion is to mobilize local churches to be a missional church, and train young generation to engage in God’s global mission with a new mission paradigm – mission from everywhere to everywhere, and mission by everyone for everyone. He enjoys sports, traveling and drinking coffee with people. He is married to Dr. Eun Ha Hwang, and they have two sons – Eugene and Yu Chan.