Gordon College is a Christian community that strives to love God with both heart and mind and as followers of Christ we recognize our calling and privilege to gather together for worship. We meet twice a week on Monday and Wednesday mornings to worship in song and prayer and to hear God's Word preached by various preachers from around the world. You can view our previous worship gatherings or join us live on Monday or Wednesday beginning at 10:25 a.m.

SOME HIGHLIGHTS OF THE 2021 SPRING SEMESTER:

Dr. White-Hammond serves alongside her husband, Rev. Ray A. Hammond, MD, to pastor Bethel’s 500-member congregation. Her innovations include Shatter the Silence, a faith-based network of congregations committed to addressing sexual victimization of women and men in predominantly African American communities; Planning Ahead, a ministry to encourage church members to begin conversations and complete their advance directives regarding their wishes for end-of-life care; and Sacred Conversations which equips clergypersons from diverse faith traditions to provide more effective support for seriously ill congregants.

Pastor Hammond has a long history of involvement with youth and community activities. He is Chairman and Co-Founder of the Ten Point Coalition—an ecumenical group of Christian clergy and lay leaders working to mobilize the greater Boston community around issues affecting high-risk youth; Board Chair of Bethel's Generation Excel program; Executive Committee Member, Black Ministerial Alliance; Chair of the Boston Opportunity Agenda; Chair of the Roxbury Community College Foundation; a member of the Strategy Team for the Greater Boston Interfaith Organization; a member of the Boston Green Ribbon Commission; and a trustee of the Yawkey Foundation, the Isabella Stewart Gardner Museum, and the Math and Technology Public Charter High (MATCH) School. He is a former chairman of the Boston Foundation. He continues to work in local and district youth activities in the AME Church.

Pastor Hammond is the author of several papers and articles on a range of issues including academic achievement, diversity, and violence prevention. He is a Fellow of the American Academy of Arts and Sciences and is also the recipient of numerous honors including honorary doctorates from Boston University, Cambridge College, University of Massachusetts – Boston, Lesley College, Northeastern University, Boston College, Emmanuel College, Notre Dame University, AME University (Monrovia, Liberia), William James College and New England Law - Boston.

Before receiving his calling into ministry, Barry worked as a bond trader for a boutique investment management company in downtown Los Angeles. Educated in Hong Kong (elementary through high-school) and then at Stanford University, Barry thought his life was going to be about making lots of money, but God had other ideas – calling Barry to full-time ministry in 2003 and specifically to the city of Boston in 2004. Over the next six years, Barry served at the Church of Southland (Anaheim, CA) as a college pastor, received a Masters of Divinity from Fuller Theological Seminary, and was trained at Grace Covenant Church in Philadelphia, as preparation for living out this calling.

In June 2010, Barry, his wife Sunny, and two boys (Caleb and Micah), and six team members moved to Boston to plant Symphony Church. Barry loves the city of Boston, follows three of four of the local sports teams, has a passion for local churches in Boston and desires to see God’s will being done in Boston just as it is done in Heaven. As part of his call to Boston, Barry also serves on the directional team of Greater Things for Greater Boston.  In 2020, Barry completed his Doctor of Ministry program at Gordon-Conwell Theological Seminary, where his thesis project focused on church collaboration as a catalyst for city gospel movement.

Kurt Lange and his wife Jen have been the Lead Pastor's at East Coast International Church in Lynn, MA since it’s founding in 2001.  As Inner City church planters Kurt and Jen have guided their congregation through the unique issues that arise from serving God in a city marked by unique challenges.  East Coast international Church is dedicated to meeting these unique challenges head-on.  Including Urban Evangelism, Urban Church Planting, Recovery Ministry, and Sustainable Community Development. They created a program to Homeless young adults ages 17 – 24 called The Haven Project that operates an array of housing, education, and case management programs including a Job training Cafe which has won best cafe north of Boston the last 4 years called Land of a Thousand Hills Coffee Company. East Coast International Church has locations in Lynn, Revere, Online, and Granada Nicaragua. They have  just announced the launch of “the Loft at Stetson” a thrift boutique that’s works with women in recovery.

Kurt and Jen are ’93 graduates of Gordon college. Their oldest Daughter Kyla is a Gordon College freshman, and their youngest daughter Haley is a big fan of the Fulton Hall Moose mascot. 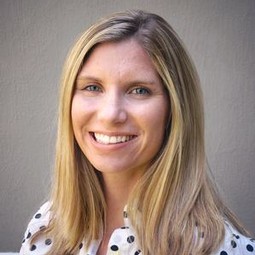 Brynn is the Lead Pastor at Highrock North Shore. She moved to the North Shore in 2002 to study theology and writing at Gordon College. After college, she spent time working with churches in California and Georgia before heading to Gordon-Conwell to pursue a Master of Divinity.

Brynn is passionate about seeing God’s Kingdom breaking in all over the community and encouraging others to live into their unique gifts.

Samuel Acevedo has served as the Executive Director of the Boston Higher Education Resource Center (HERC) since its founding in 1999.  Pastor Sam is also on staff at the Congregación León de Judá (CLJ) which served as the fiscal conduit for the Boston HERC until 2018. The Boston HERC enables at-risk Latino, and other first-generation youth, to gain access to a higher education, break the cycle of poverty, and become leaders in the community. Currently, Boston HERC Passport Coaches are serving over 1,200 low-income, first-generation students of color (and Passport Alumni) in the classrooms of eight critically-underserved BPS high schools (and on college campuses throughout the region).  In 2015, Pastor Sam was named one of the founding Co-Chairs of the Boston School Committee's (BSC) Opportunity and Achievement Gap Task Force; and Pastor Sam was asked to participate in the 2018 BPS Superintendent Search Committee convened by Mayor Walsh and School Committee Chairman Loconto. Pastor Sam was one of only two non-profit leaders serving on the 11-member committee, and one of only two on this committee who had also served on the 2015 Search Committee.  Pastor Sam also served on the 2020 Exam School Working Group. 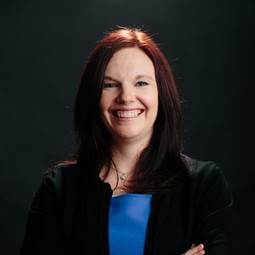 Amy Brown Hughes received her Ph.D. in historical theology with an emphasis in early Christianity from Wheaton College and is the author (with Lynn H. Cohick, Wheaton College) of Christian Women in the Patristic World: Their Influence, Authority and Legacy in the Second Through Fifth Centuries (Baker Academic). Amy also received a M.A. in history of Christianity from Wheaton College and her B.A. in theology and historical studies from Oral Roberts University. While at Wheaton, she worked with the Wheaton Center for Early Christian Studies, which encourages dialogue about the interplay between our modern world and early Christian texts. The overarching theme of Amy’s work as a historical theologian is that early Christian writers continue to be fruitful interlocutors in modern discussions of theology. Her research interests include Eastern Christianity, Trinitarian and Christological thought, Christian asceticism, theological anthropology, the intersection of philosophy and theology, and highlighting the contributions of minority voices to theology, especially those of women. Her dissertation, “‘Chastely I Live for Thee’: Virginity as Bondage and Freedom in Origen of Alexandria, Methodius of Olympus, and Gregory of Nyssa,” explores how early Christian virgins contributed substantively to the development of Christology. She regularly presents papers at the annual meeting of the North American Patristics Society.

Recently, Amy contributed to an edited volume of essays from a symposium on Methodius of Olympus at Friedrich Schiller University Jena, Germany, Methodius of Olympus: State of the Art and New Perspectives (De Gruyter) and co-authored a series of essays about early Christian writers with George Kalantzis (Wheaton College) for the early Christianity section of a volume for Protestant readers of the Christian tradition (T&T Clark).

Kristie is the NextGen Pastor at North River Community Church in Pembroke, MA. Kristie’s ministry experiences have taken her from camps in the rolling Berkshire Hills of Western MA, to the daffodil fields in Wales, Great Britain, from the seacoast of Maine to the heart of bustling Manhattan. Her heart for teenagers is clearly seen in her dedication to the foster care system, where she and her husband, Rich, have opened their home to more than a fifteen teenagers and children over the span of eight years.