Our goal is to get the right ideas in front of the right people. We will seek speakers, scholars, scientists and artists whose style and content are accessible, captivating and relevant to have a shaping, formative effect on the mind of the Church. Our audience ranges from the public at large, to young Christian professionals, to students and academics on campuses.

Each year the Center for Faith and Inquiry brings to Gordon a number of recognized Christian Academics across the range of disciplines with multiple touch-points to the campus community. Through lectures, luncheons, class visits, meetings, and small group gatherings these distinguished scholars invest in students and faculty over multiple days spent on the Gordon College campus. 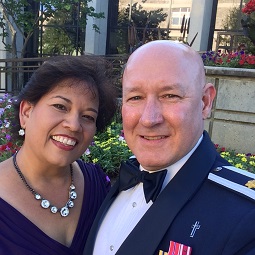 Mike and Imelda Shannon (formerly Imelda Gonzalez) have been married for 35 years. They have two adult children and are proud grandparents of three lovely grandchildren.

Imelda was born in Chicago, IL, where her parents settled having come from Mexico in the 1950s. She grew up in Chicago’s Humboldt Park area. Imelda came to know Jesus through the ministry of a parachurch organization called Inner City Impact (ICI). ICI had missionaries working with the kids in the area. They led Bible Studies, formed youth groups, and had a summer camp program.  She was discipled by one of the missionaries through her high school years. After graduating from High School, Imelda moved to Grand Rapids, Michigan to attend Grand Rapids School of the Bible and Music where she met and married Mike.   Imelda later had the opportunity to complete her Business Degree in 1993 through Davenport College of Business.  During the time that Mike and Imelda spent in the military, Imelda developed a key ministry of hospitality and support for military members and their families.  She also ministered to spouses and families of military members through Bible studies, small groups ministries, and personal mentoring and relationships.  Imelda is known by those who have served with the Shannon’s as a source of joy, encouragement, counsel, hospitality, and as an amazing listener.

Mike grew up in a small farm town in Kansas, just outside of Kansas City. Mike was born again into a new life in Christ while attending Circle C Ranch (a Christian Camp led by Kansas City Youth for Christ) in 1978. After high school, he joined the Army in 1980 and then joined the Army National Guard to attend college. After college, he completed his graduate work at Grand Rapids Theology Seminary obtaining an M.Div. Mike pastored a church in Hudsonville, Michigan while also becoming a Chaplain in the Army National Guard. After six years as a pastor, Mike joined Active-Duty Air Force as a Chaplain. During his time as a Chaplain, he became a key leader in both the military chaplaincy and Air Force Special Operations Command, deploying to Iraq and Afghanistan, as well as additional locations. He was awarded the Bronze Star for his acts of courage and his ministry in the midst of multiple combat situations.  Incredibly, he was awarded the Meritorious Service Medal for his actions 8 times.  After honorably serving in the United States Army, Army National Guard, and U.S. Air Force for almost 40 years (39 years, 10 months), he retired as a Lieutenant Colonel and the Deputy Command Chaplain for AF Special Operations in May 2020. However, Mike is still known among his peers – as well as among the many women and men he led – as an outstanding leader, pastor, theologian, and as a paragon of Christian faith and virtues.

On this side of retirement, Mike and Imelda both love spending time with their grandchildren, laughing with friends, studying God’s word. Mike continues to be a diehard Kansas City Chiefs and Royals fan. Mike and Imelda have made their home in Pensacola, Florida. 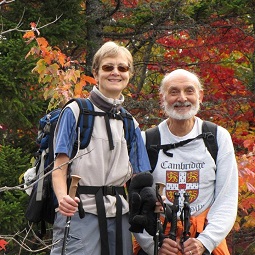 Perry and Elaine Phillips crossed paths initially in a small house church fellowship in Ithaca, NY. Perry was an astrophysics grad student and Elaine was officially a social psychology major but was happily taking Hebrew to prepare for seminary. They received M.Div. degrees from Biblical Theological Seminary (outside Philadelphia) and, at the recommendation of the seminary president, ventured to Israel for a year of grad study; the year turned into three. Those were remarkable times; they witnessed close-up the visit of Jimmy Carter to Jerusalem as the historic meeting between Anwar Sadat, Menachem Begin, and Carter took place.

Returning to the US in 1979, they both taught at a small Christian Junior College outside Philadelphia until 1992. Over a rather long stretch of time, Elaine earned a PhD in Rabbinics from The Dropsie College for Hebrew and Cognate Learning in Philadelphia. She started teaching in Gordon’s Biblical Studies & Christian Ministries (BCM) department in 1993 and retired in May 2020. During this time, Elaine came to be known as a beloved source of wisdom, graciousness, scholarship, and eloquence among faculty, staff, and students. When they moved to the North Shore, Perry shifted from teaching into quality assurance work at Comverse in Wakefield. Perry also taught as an adjunct professor at Gordon College and Jerusalem University College. He gained a reputation for ministering to students and becoming a faithful friend to those in need. Both Elaine and Perry continue to serve as adjunct faculty members for Jerusalem University College.