In the competitive landscape of global higher education, an institution’s commitment to excellence matters. A strong national and international reputation serve as a reflection of the College’s top-flight education and alumni, and promote greater awareness of Gordon’s distinctives and the intellectual capital of faculty. This culture of excellence permeates the entire student experience—including academics, residence life and campus activities—and contributes to students’ holistic preparation for a greater purpose.

$5.5M grants secured from private and public granting agencies over the past four years

Transformation through community
Toward the goal of improving student satisfaction through transformative community experiences, Residence Life and Athletics have introduced exciting new traditions including the Highland Games competition and White Out pep rally. Two additional living-learning communities have opened: the Village (formerly Road Halls) and a pilot Global Education house in Dexter. Off campus, faculty are raising the profile of the institution and their individual expertise. Nearly 50 faculty have presented in national and international conferences in their disciplines in recent years, and more than 15 are uniquely featured in national media each year.

“With one-third of the student body in a spiritual life group, 20 percent in missions and service learning, 20 percent in varsity sports and over 50 clubs and organizations to join, this is an involved campus. We believe the best way to learn as a servant-leader is to take risks in a healthy and constructive environment. The best way to grow is in the context of community and so everything we do in Student Life is done with this in mind." 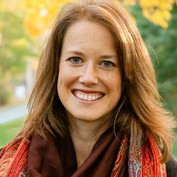 “Gordon is an institution committed to cultivating servants for Christ and preparing them to become difference-makers in the modern world. The National Collegiate Athletic Association competition is a high-pressure crucible that allows our student-athletes to test themselves and mature in composure, determination and perseverance, and this ultimately produces leaders who are uncompromising in the highest standards of personal excellence. This fortitude of character combined with the desire to serve Christ through their vocational calling results in uncommon men and women who are prepared to change the world." 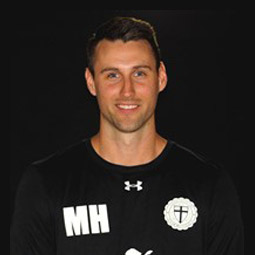 Coming into view: raising the bar
The College will continue to work on maintaining a high profile for prospective students, with ACT and SAT scores between the “selective” and “highly selective” range, and increasing the percentage of students declaring Gordon as their first-choice school. For enrolled students, Gordon will continue to build on the improved student satisfaction ratings to notch them slightly higher.

Explore the following pages for detailed updates related to each of the seven initiatives:

Home > About Gordon College > The 20/20 Project: A Vision for Gordon's Future > Academic Quality and Transformative Experiences